November 12, 2010
Spending a few days in Maroantsetra, we set out one day on bicycles with Donna, a local guide, in search of a vanilla plantation. Cycling around with him, we stopped at a school ground, which during the summer holidays was used for drying and sorting vanilla. Vanilla is an incredibly labour intensive crop. Not only does it have to be hand pollinated, curing Bourbon vanilla – killing, sweating, slow-drying, and conditioning  it – takes up to 8 months. The drying has to be done extremely carefully: often, the vanilla is left in the sun for only half an hour a day. Leave it out too much, and it’ll end up dry; leave it out too little, and it’ll be prone to getting mouldy.  Finally, once the vanilla is cured, it is graded, with the quality mainly determined by length. (Grade A beans are 15cm and longer.)
Seeing the vanilla processing – and buying a whole bunch – was a promising start, but we had set out to see a vanilla plantation. Following various detours – including a stop at a “frog garden” that is home to the rare tomato frog – we slowly headed out of town, the air full of the heady scent of clove, which was being dried by the roadside everywhere. In a small village on the outskirts, we visited Donna’s family and afterwards were shown green vanilla pods on a plant nearby. 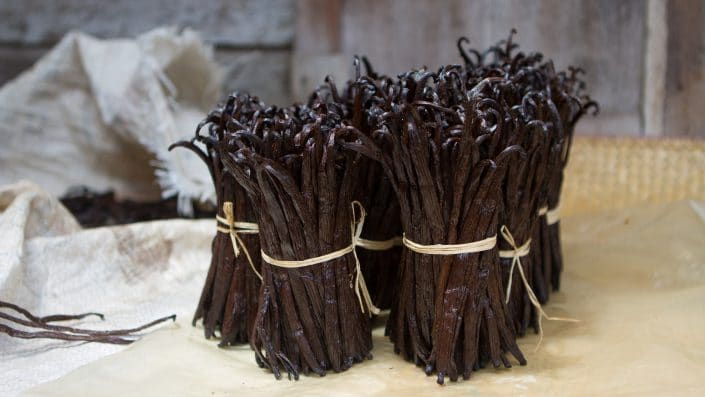 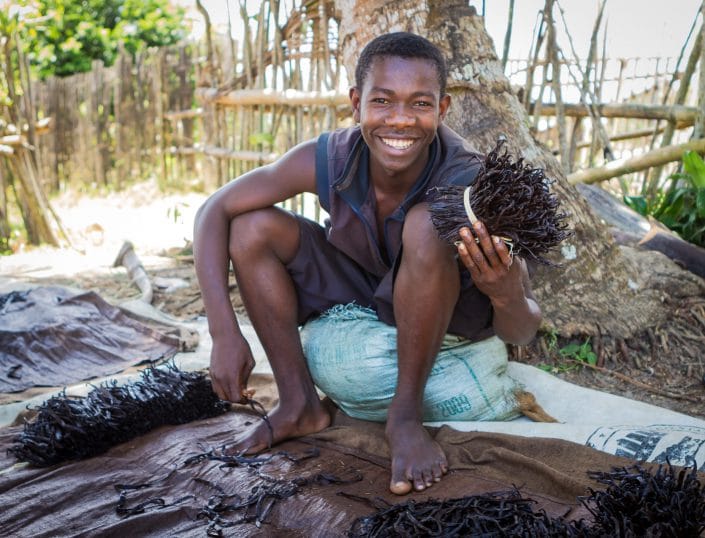 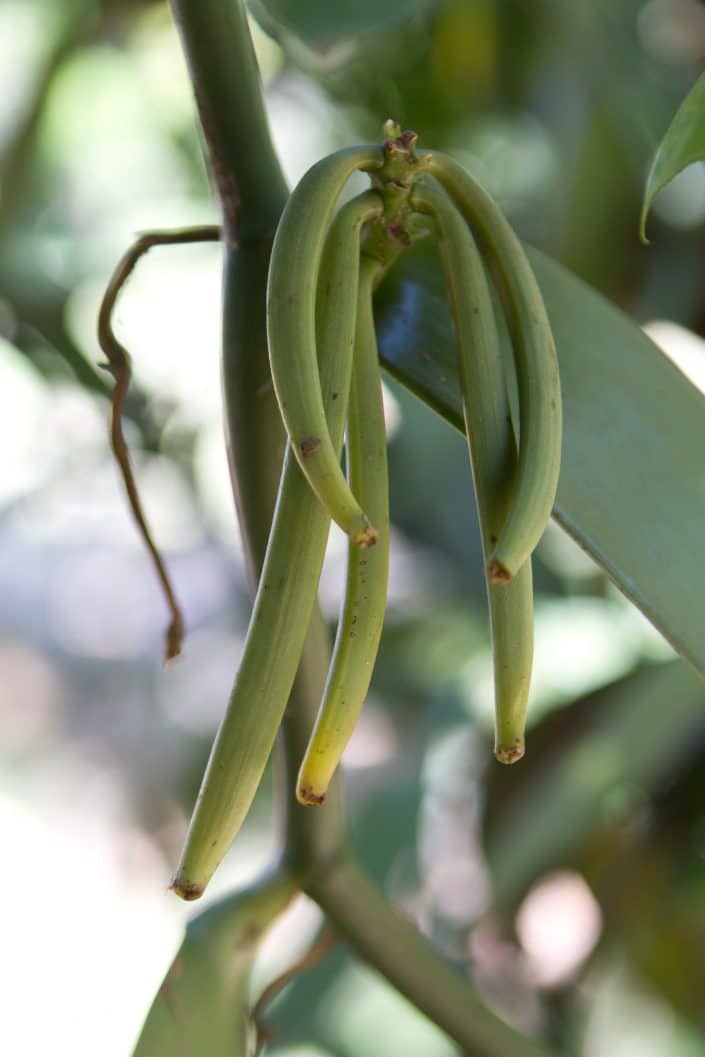 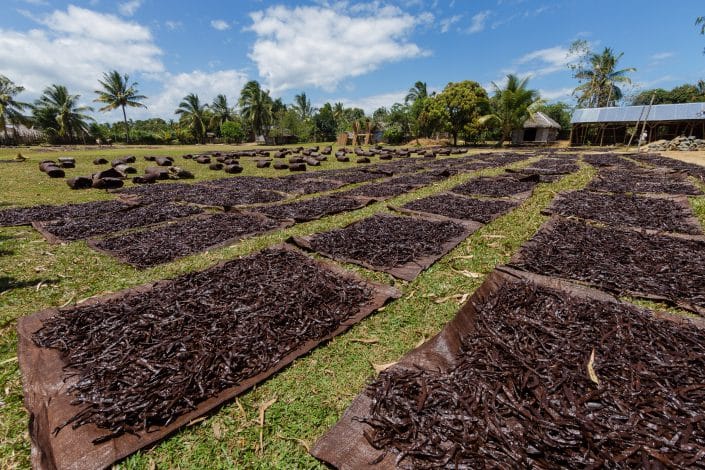 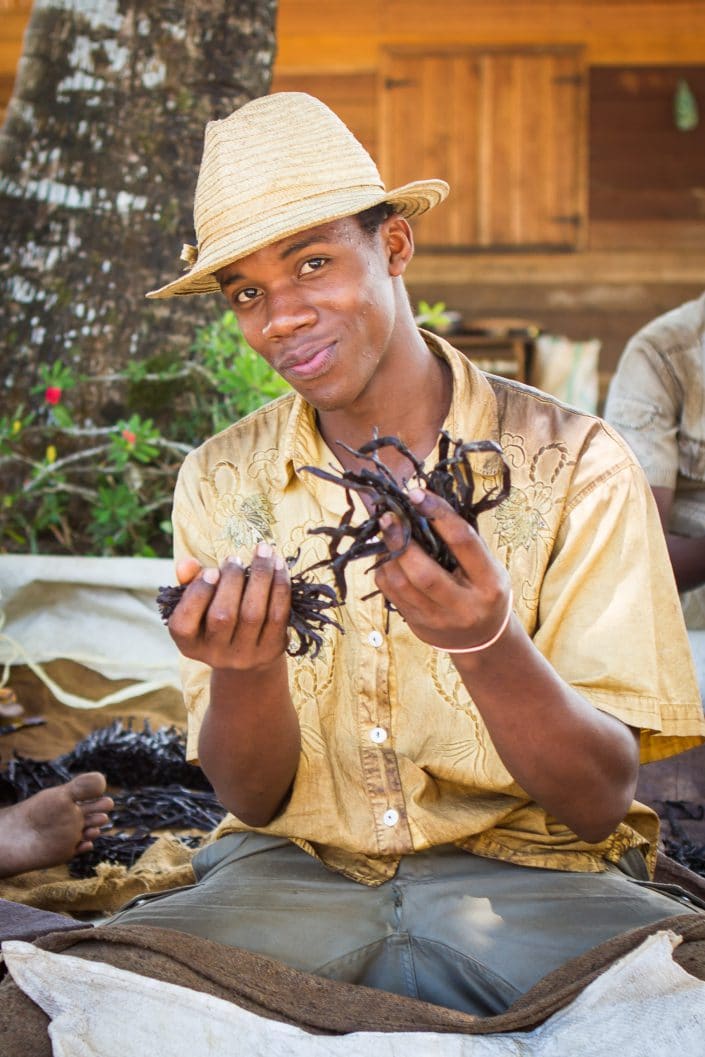 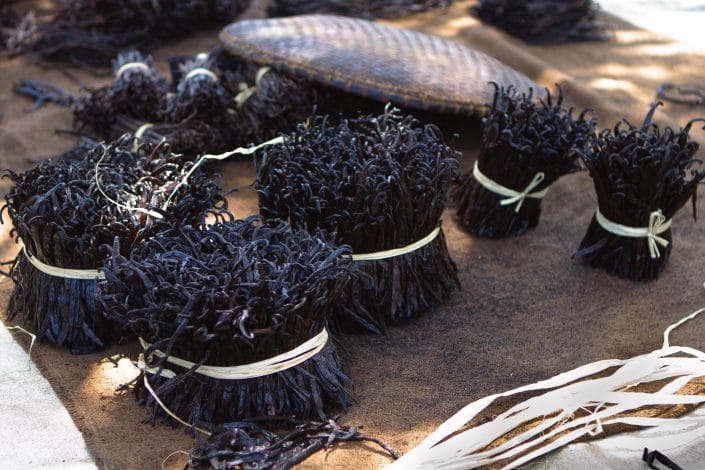 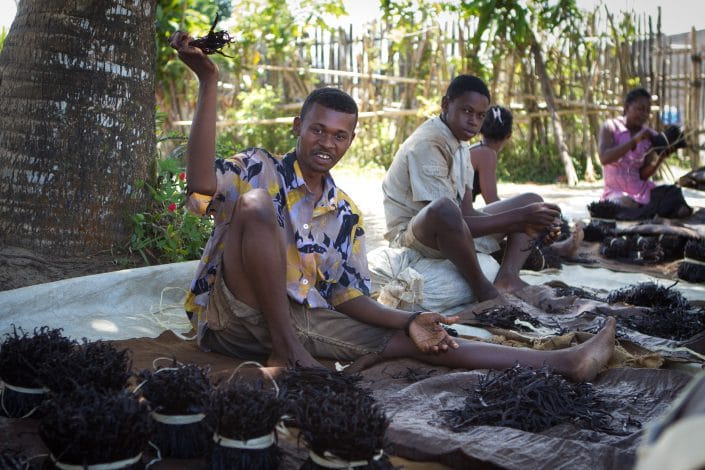 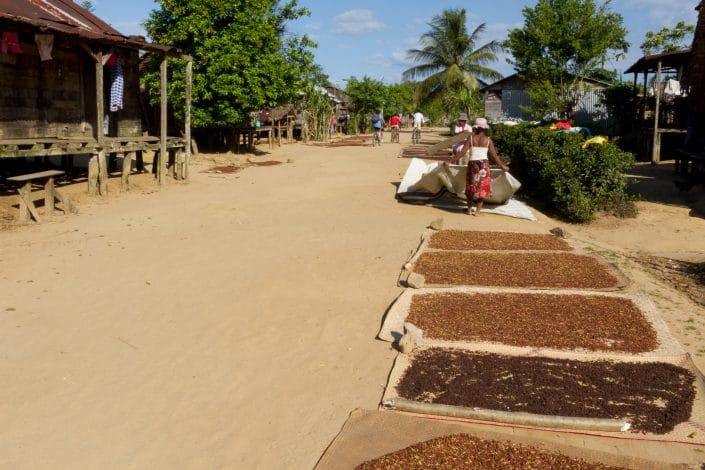 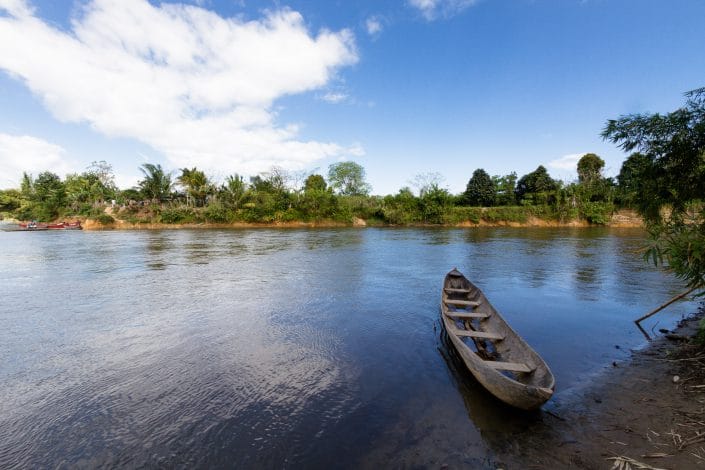 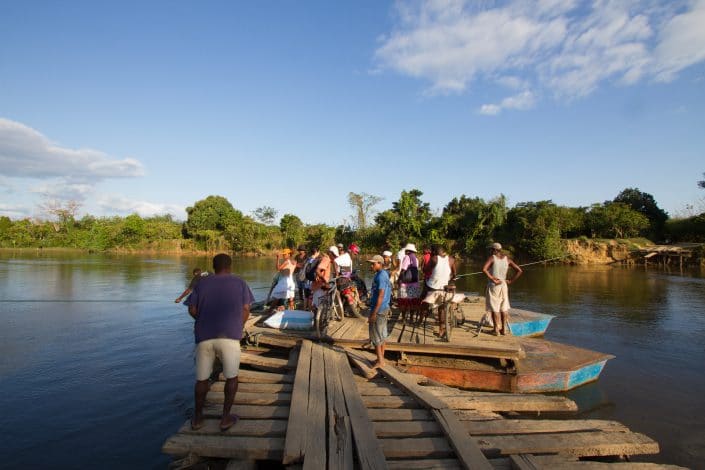 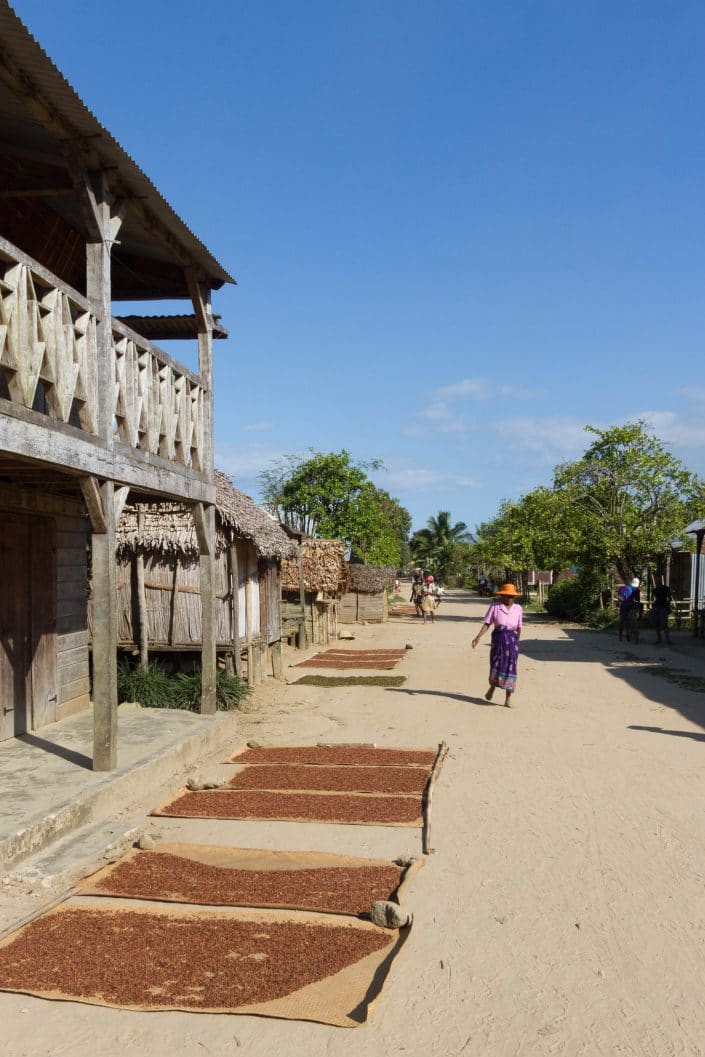 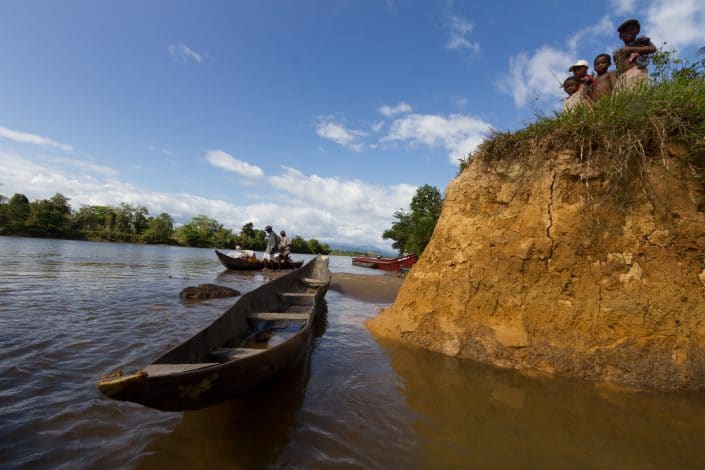