July 7, 2015
An archipelago 80km off the coast of Cuba, the Jardines de la Reina (Gardens of the Queen) are a diver’s paradise that is host to a number of shark species, goliath groupers, and Niño, a friendly American crocodile.

Sometimes called the “Galapagos of the Caribbean”, only a lucky few hundred people get to visit each year, and to do so, it is necessary to stay on a live-aboard boat, since no human settlement is allowed on the archipelago. One of Fidel Castro’s favorite dive and fishing spots (when he was younger), the Jardines de la Reina were declared a marine reserve in 1996, explaining the pristine status of the corals and abundance of marine life.

In June, when I visited, the two main attractions were Caribbean reef sharks and rarer silky sharks, distinguished by their more pointed nose. Well used to divers, they would surround us inquisitively and – once fed pieces of fish by the dive guides – follow us to the surface for excellent photo opportunities.The largest stronghold of Pacific coastline primary rainforest in all of Central and South America, the Osa Peninsula – and especially Corcovado National Park – contains one of the largest densities and varieties of wildlife in the world. The best base for organizing longer excursions into the park is Puerto Jiménez, a sleepy village on the Golfo Dulce. Even the village itself is a great place for spotting wildlife: right next to the “airport” (consisting of just a landing strip) is a swamp that is home to crocodiles, while scarlet macaws feed on the many almond trees scattered around the village.

While diving with the sharks is exhilarating, what makes visiting Jardines de la Reina really unique and unforgettable is the opportunity to swim with Niño, the crocodile.

We had been looking forward to meeting Niño, but when the live-aboard anchored in the mangroves after the morning dive, he was nowhere to be seen. Our hearts sank. It was only after the second dive that Niño appeared, waiting for his treat – a huge chunk of meat.

Even though we knew that he was used to photographers entering the water with him, doing so still required a leap of faith…What if he just snaps? (In both senses of the word…)

But curiosity and the opportunity of a few great shots quickly got the better of me. Niño was completely relaxed, and when things got too much for him, he would simply submerge and reappear again a little while later.

I’ve had fascinating wildlife encounters before, but nothing like this! To get the wideangle close-up shot, I had to swim right up to Niño and essentially get so close as to almost touch his nose, with only the camera between me and Niño’s teeth.

Other amazing sea creatures in Jardines de la Reina are beautiful jellyfish as well as (critically endangered) goliath groupers that fully deserve their name: they’re huuuuge, growing up to 2.5m long and weighing up to 360kg. Above the water, the mangroves and small beaches are inhabited by rather cute tree rats and fierce-looking iguanas.

Setting The Jardines de la Reina are that rare thing – a beacon of hope that some ecosystems have not been irretrievably destroyed and can be managed sustainably with appropriate protection. And they are an absolutely amazing place to visit! 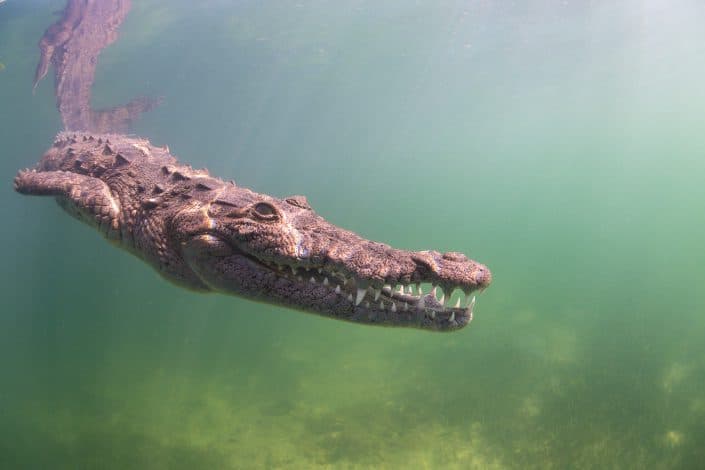 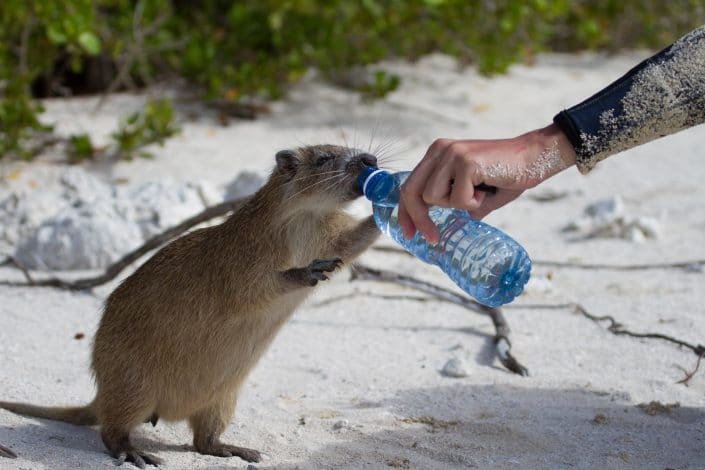 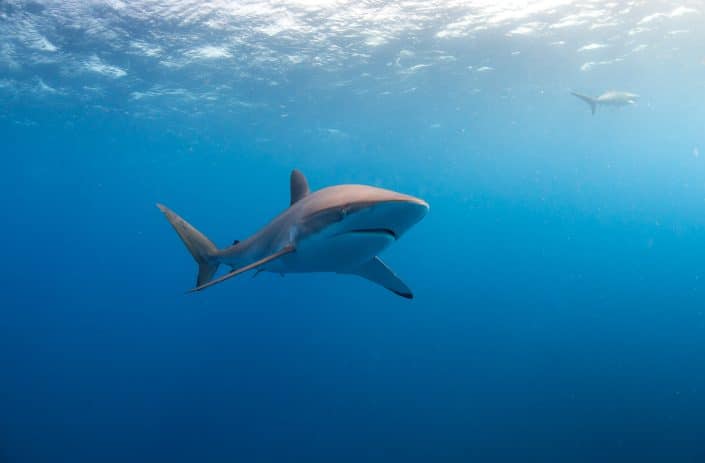 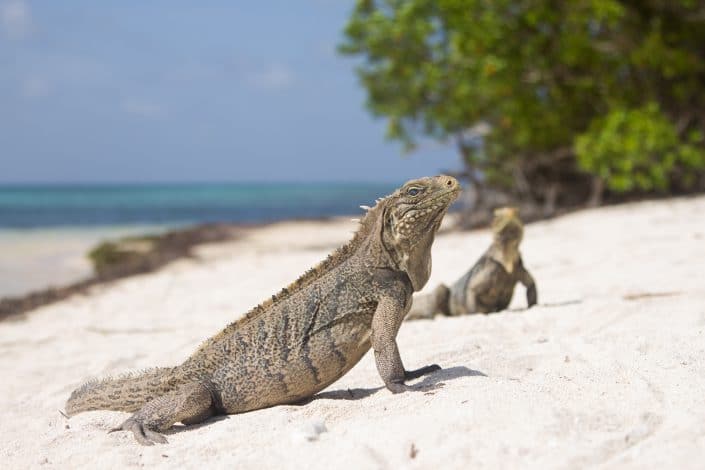 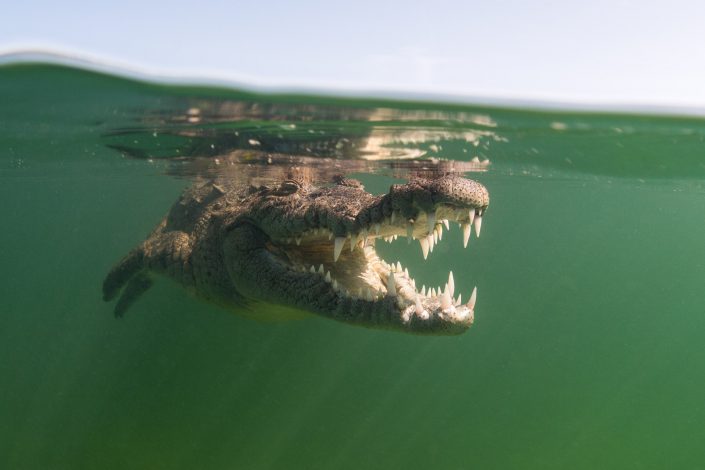 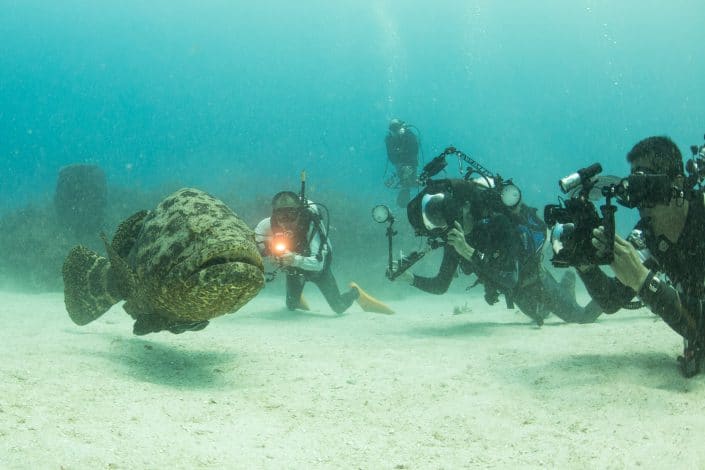 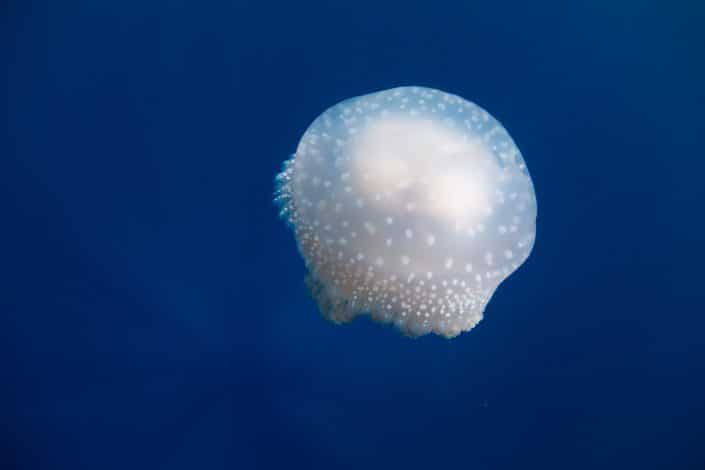 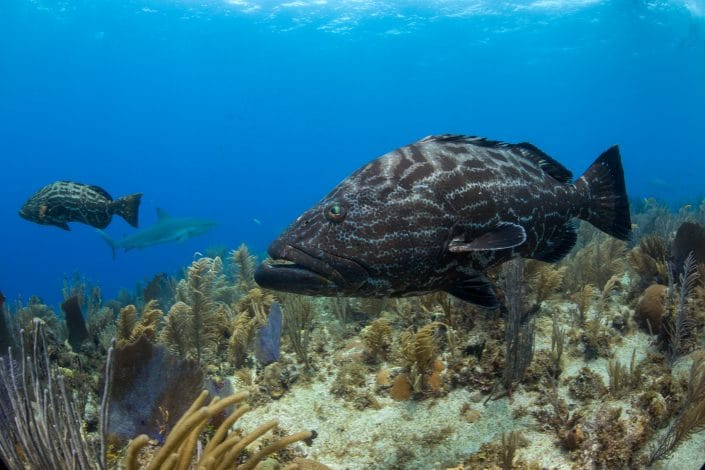 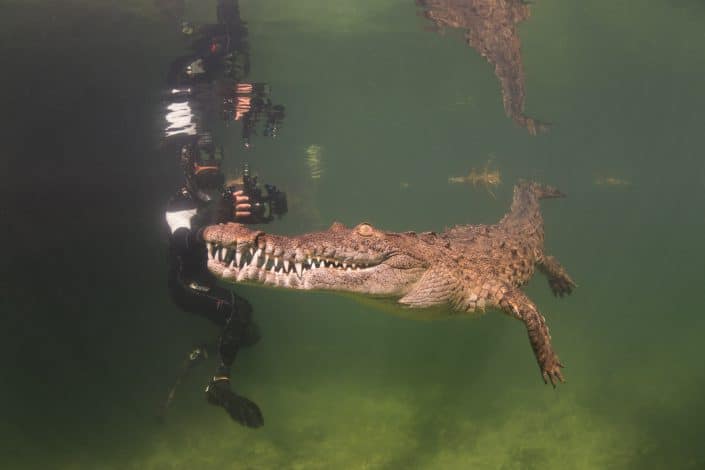