If Kruger National Park is the place to go in South Africa to see the Big Five (elephant, rhino, lion, leopard, and buffalo), then the coast around Cape Town is the equivalent for marine wildlife. Stretching from False Bay just south of the “Mother City” via Hermanus to Gansbaai, the area teems with penguins, seals, dolphins, whales (from June to December), as well as great white sharks.

And I had signed up to dive with the sharks – in a (very sturdy) cage! The day started with a short briefing: every year, about 5-10 people are killed by great whites worldwide…compared to about 400 killed by toasters, and, statistically speaking, the most dangerous part of the shark trip had been the drive to Gansbaai. So, nothing to worry about then.

But all those stats don’t prepare you for the adrenaline rush of getting into the freezing cold water (despite the wet suit), struggling to get a hold inside the cage in the rough sea, and actually coming face-to-face with a great white. And not just coming face-to-face, but – on one occasion – with the shark actually bumping into the cage, with everyone shouting and screaming with excitement!

However, it was only when I was back on board, with the next group in the cage, and I stopped shivering, that I was able to appreciate the ferocity with which these magnificent predators lunged at the bait thrown into the water to attract them. According to Helen, the biologist on board, we saw nine different sharks, but by far the greatest showmanship was displayed by “Rosie” (shown in the photos), who repeatedly lifted herself out of the water displaying her winning smile. 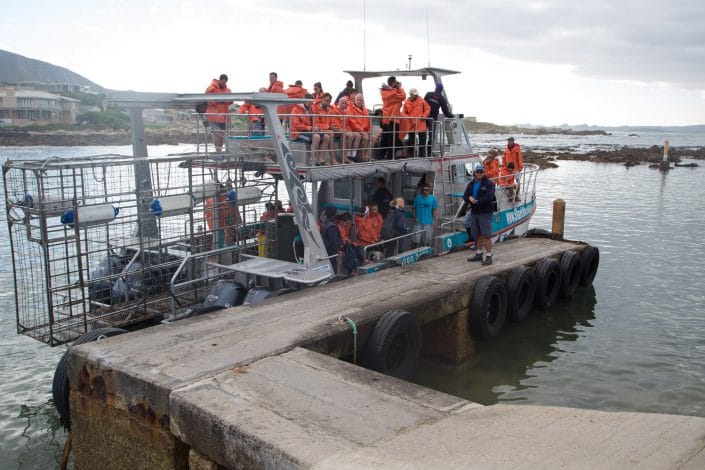 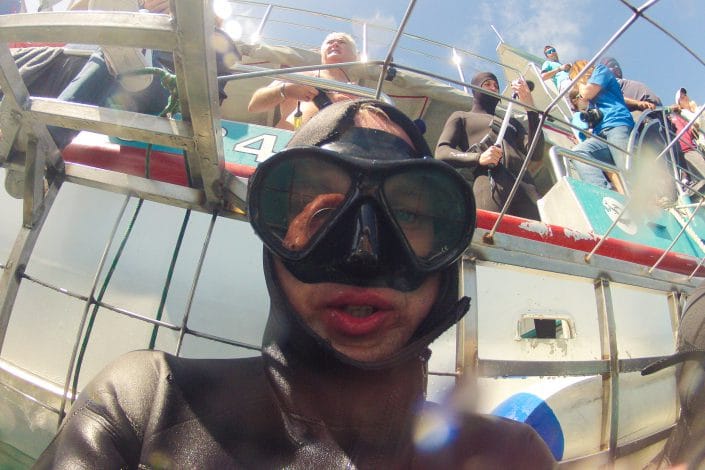 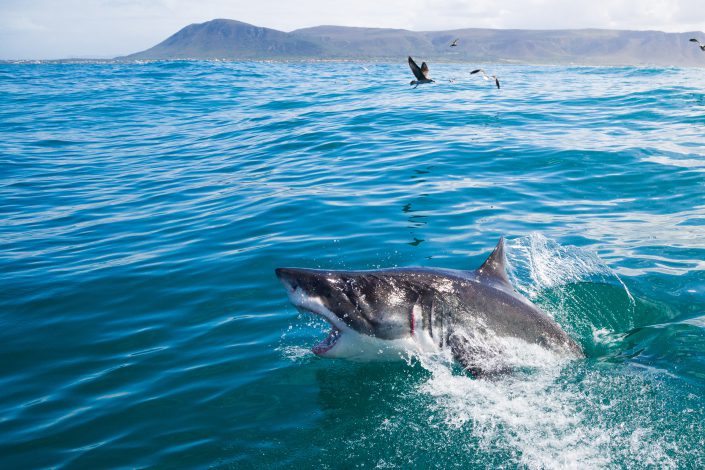 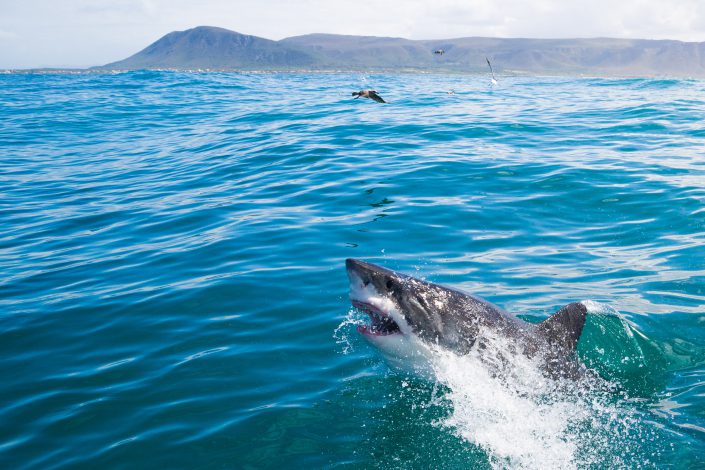 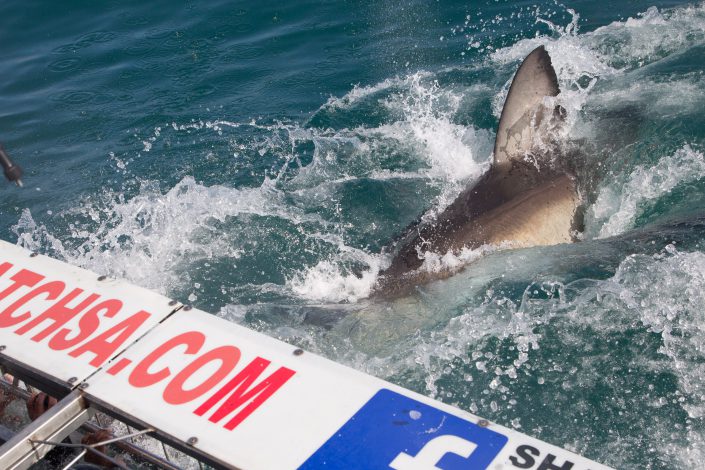 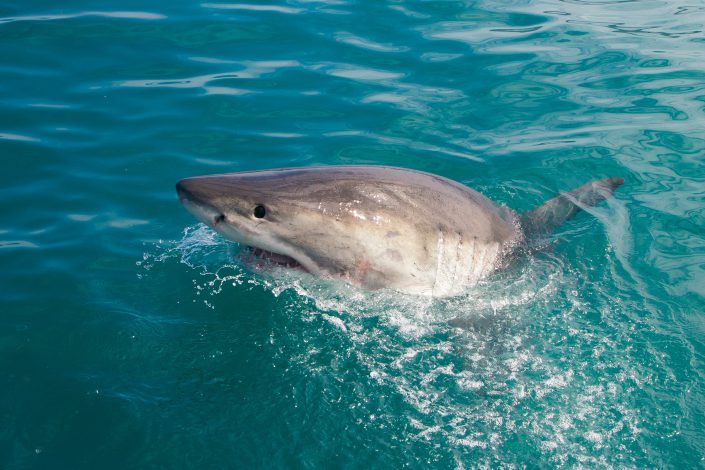 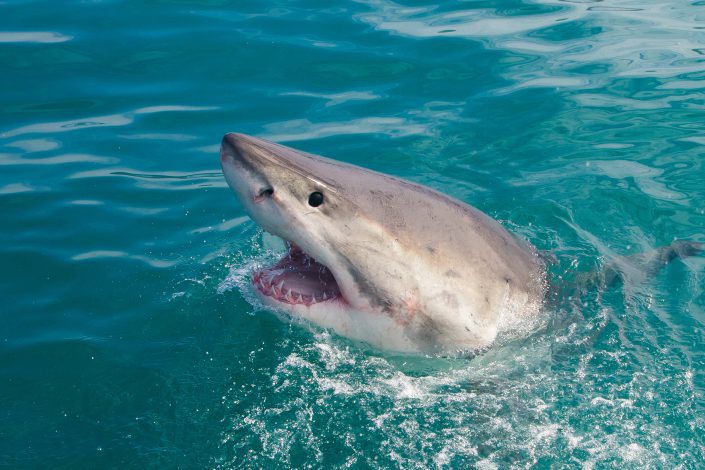 I went with Marine Dynamics (http://www.sharkwatchsa.com), which I can highly recommend.