November 14, 2010
Think of Madagascar and wildlife, and the first thing that springs to mind is, of course, the lemurs. With close to 100 different species, all of which are endemic to Madagascar, they come in all sorts of different shapes and sizes. And the great thing is: although you’re unlikely to come across them by chance as you drive through the countryside, it’s relatively easy to see them if you go to one of the various national parks (NP) and reserves. What’s more, in places with a regular stream of visitors, they are generally habituated to humans, so that you have a fair chance of seeing them quite close up.
In Anja Reserve, for instance, I spent an hour just a few metres away from a family of about 20 ring-tail lemurs grooming in the early morning sunshine, with some of them noisily quarrelling in the trees just above my head. In other places – Andasibe-Mantadia NP or Ranomafana NP – it is possible to see four or five different species in one morning. And on Ile aux Nattes – a tropical paradise island on the east coast – we were surprised at breakfast by a Black-and-white ruffed lemur that jumped on our table and stole a banana! (We discovered afterward that the bungalow owners were feeding five or six of them.)
Ring-tailed and Black-and-white ruffed lemurs are among the cutest of the bunch, but other species fascinate through their behaviour. The Indri, one of the largest lemurs, communicates through wailing calls (listen here) that carry over a distance of several kilometres. Being woken up by these eerie calls on a foggy morning at Andasibe is an unforgettable experience. While the Indri, with its almost constant expression of surprise, is still very cute, the rare Aye-aye only appeals at second glance. This rather scraggy-looking nocturnal species is most notable for its “third finger” which it uses for tapping to find grub, but also has sharp incisors with which it can open coconuts. Watch it for a while – if you’re lucky, like we were on Aye-Aye Island – and it will definitely grow on you.

Here’s a small selection different lemurs I came across in various parts of Madagascar. More lemur images can be found in the Madgascar Wildlife gallery. 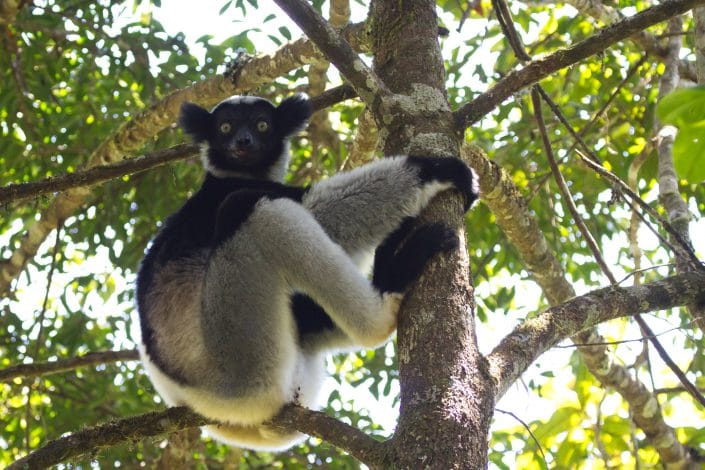 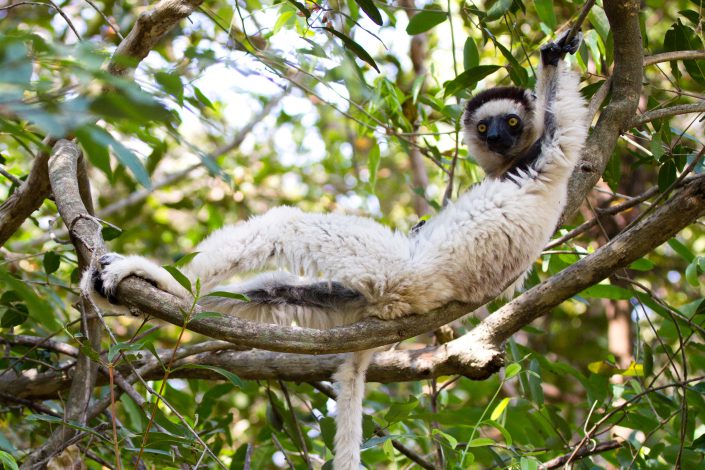 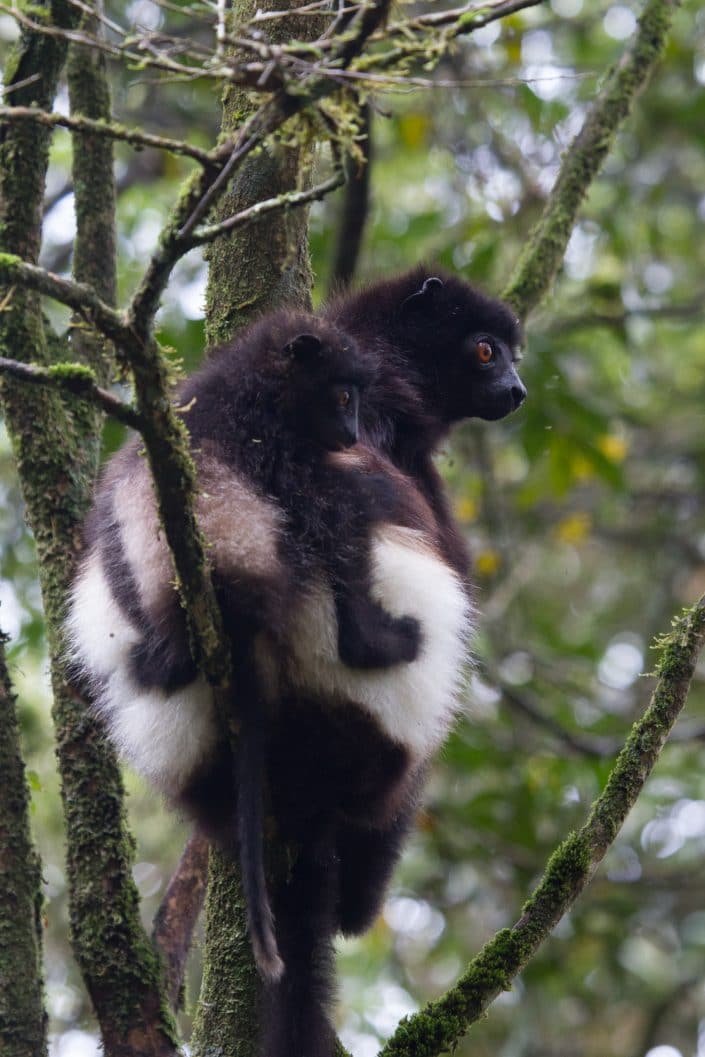 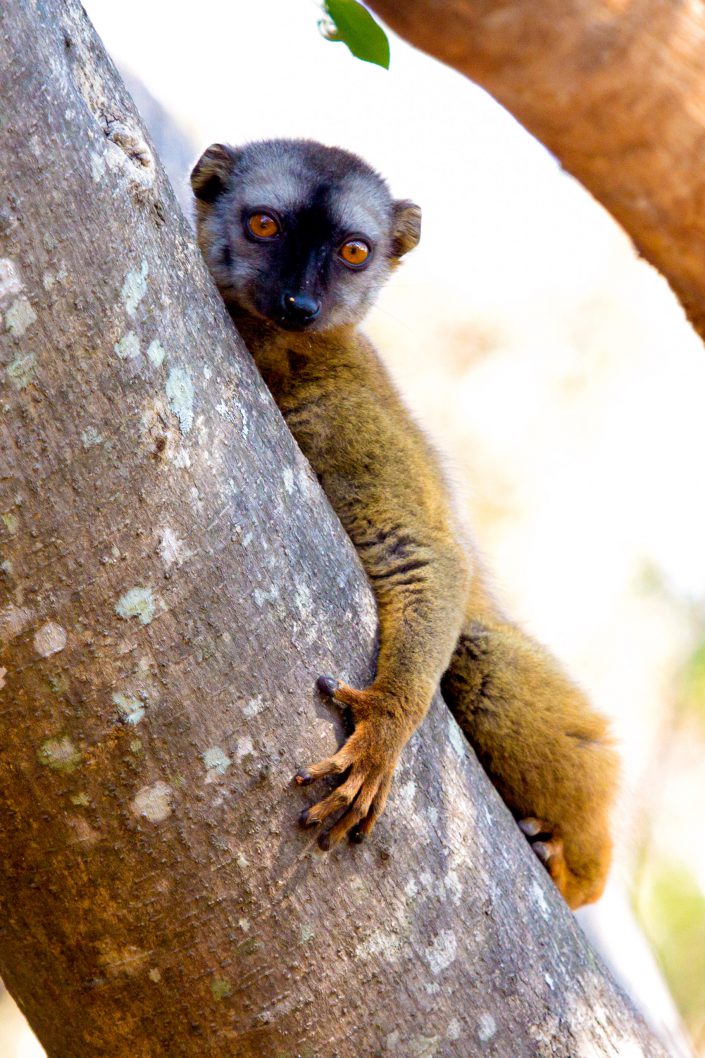